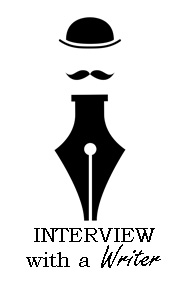 In our latest installment of Interview with a Writer, Charlotte Writers Group pays tribute to a very special writer. On April 4, 2016, our group lost an amazing member, Richard Sharp. His absence will always be felt by those of us who were fortunate enough to experience his insightful and entertaining critiques at our Saturday critique sessions. We interviewed Richard in early 2016.

Question: What role has Charlotte Writers Group played in your writing journey?

Answer: CWG has significantly improved my prose, not only through critiques of my own work, but those of others. An important part of that is awareness of how easily an exposition that may be clear in your own mind may be interpreted in a range of other ways if you do not give enough attention to nuance and precise wording.

Question: What propelled you into the world of writing? What/who was your inspiration?

Answer: For fiction, my initial inspiration drew on the long American history of my ancestors, whose varied histories all traced to pre-Revolution arrivals. I decided to try to capture pieces of those unique, but little noted, experiences in two novels, one tracing the frontier experiences of a German-speaking community from the 1600s through the Civil War; the second continuing the saga through the Reconstruction period. Then I realized my own era to be characterized by clichés and narrowly focused aspects of the time (e.g., Vietnam, racial struggles, the counter culture, conspiracy theories). My recent three novels try to paint a broader picture of the post- World War II human experience, particularly in the 1960s-1980s.

The early works of Isabel Allende have greatly influenced my style.

Question: Describe your writing process. (How do you begin? What comes first—character or plot? Do you outline? Is your process the same for every project?)

Answer: I may start almost anywhere, developing characters. Then I seek a “pivot point” that will draw my characters to life-changing decisions. That mid-point largely defines the plot and keeps the protagonists on track. (If you let your characters drive the car, they will run you into a ditch.)

Question: Describe your routine as a writer. (Is it daily or weekly? How do you structure your day/week? How many hours of writing versus research? How much time is spent on “business”—queries, seeking an agent or publisher, marketing/sales?)

Answer: When I’m “into” the process, I begin early and divide my time between drafting, preliminary editing and research. To me this reduces writer’s block and the need to walk away from the work.

I am terrible at marketing, so I have a small, but perceptive readership.

Answer: I use the Internet and visual media heavily for research and “reminders.” Even if I have lived the experience, I need these to keep me grounded. Some have said that I write like an impressionist painter—that is, that I try to capture scenes of multiple participants in broad strokes. I think that is right, so getting an authentic scene in my head is more valuable than the spelling and grammar checkers and specialized writing tools that I do employ.

Question: Talk about your perspective on representation (pros and cons of having an agent) and any attempts you have made at securing representation.

Answer: At my age (approaching 75), I have self-published, rather than seriously competed for a traditional publisher. That said, I have received some agent/publisher interest (without result), the most gratifying being from Amy Tan’s agent. If younger, I’d pursue this path more, but breaking into the game is quite hard, especially for literary fiction.

Question: Share your experiences interacting with publishers (query letters, the editing process, cover design, marketing/sales). If you have self-published, describe the pros and cons to this process.

Answer: The range of experience overlaps in both modes, but the self-published writer should recognize that one’s work is likely to be lost in the vast number of self-published titles and its reputation sullied by the amount of pure crap produced. The bar for traditionally published work is not high, but at least it is something. In either case, set the ego aside. An unknown author will not be treated as a superstar by agents, publishers, or self-publishing services. As JFK said, we do these things, not because they are easy, but because they are hard.

A month before his passing, Richard completed the final edits on his two latest novels, Crystal Ships and Wandering Barques. Raised in Colorado and Oklahoma, Richard received degrees from Harvard and Princeton Universities. His writing was influenced by a life spent working across the U.S., Asia, Africa, Latin America and the former Soviet Union, spanning the Vietnam War era through the present. Richard’s novel The Duke Don’t Dance was named “Best of 2012” by Kirkus Reviews. Richard’s full biography and details on his work can be found at: http://richardsharpnovels.com/about-the-author/.

< Previous Next >
+ Add your own event Eventbrite

To check to see if you have already registered for an event or to cancel your registration, sign in to your Eventbrite Account. www.eventbrite.com
Follow Charlotte Writers Group on WordPress.com